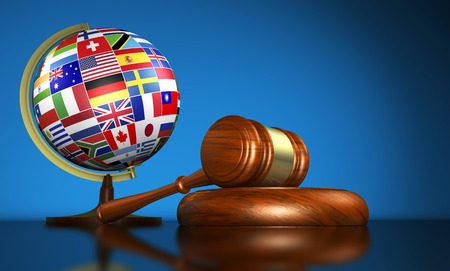 All Rise to the Challenges of Legal Translation

Lawyers are notorious for the way they take normal words and give them confusing meanings. For instance, in order to have a valid contract, there has to be consideration. A regular English-speaker reading that might think to themselves, “what a good idea to require that anyone entering into a deal consider what he or she is doing before signing on the dotted line.” Or maybe think, “if the folks entering a deal consider each other’s interests, it’s more likely to be successful.” But to a lawyer, consideration has nothing to do with empathy or smart-thinking. It simply means that both sides will get something out of the bargain, even if that something is as tiny as “three mustard seeds,” the standard from English common law.

These twisted meanings exist in every aspect of the law. An “infant” is not a baby but a person who is under 18 and so cannot represent themselves in court. “Liquidated damages” have nothing to do with a flooded basement. And that’s just the beginning of the confusion. When lawyers really want to get fancy, they come up with names for doctrines such as “adverse possession” (occupying someone else’s land for such a long time that it becomes yours) or “double jeopardy,” which sadly does not mean getting a chance to win extra money on a game show but being tried for the same crime twice.

And that’s just a small sample of legal jargon in English. The Latin phrases make things even worse.

This specialized vocabulary makes translating English legal documents and court opinions into other languages an enormous challenge. Similarly, translating law-related material into English also takes a special skill. The translator must understand both languages and the relevant legal concepts otherwise the meaning will be utterly lost even if the words are translated correctly. Another option would be a translator and lawyer working in close consultation. The professionals at Keylingo are always available to help figure out the best way to tackle any legal translation and make sure that the phrase “17-year-old infant” makes perfect sense in any language.