We won’t let your translations
pile up on you.

”Nothing ever seemed to be too much trouble for Keylingo to deal with. It is so refreshing to receive such prompt and professional service.”

Prior to joining Keylingo in 2011, Managing Director Chad Richardson, worked at LW Stores, rising from Store Associate in 1996 to become Director of Information Systems in 2003. He was recognized for marrying solution-oriented management with relational leadership, which remains a hallmark of his professional demeanor. Chad earned a BS in Computer Information Systems from DeVry Institute of Technology in 1999.

Win the next market with customer service that's at home worldwide.

On trend and on target, marketing and advertising in the key of now.

Make the persuasive argument with critical clarity on a tight timeline.

Share the moment of discovery from technical manuals, textbooks, training, and presentations to patents.

Off the page and into the room, a deft display of expertise, tact, and grace.

Certified services when you need i's dotted and t's crossed in the global village.

Localize apps with the cultural and technical nuance of your users' native language.

A Managing Director as your single point of contact.

A Project Manager to assure completion on time and on target.

A Language Team selected with your specific needs in view.

from start to finish

Local relationships are foundational to Keylingo’s success, and you’ll find our Managing Directors engaged and invested in communities across North America.

Our leaders are the best and brightest in the industry with unmatched strength of experience, and we’d love to learn how we can achieve your next win together.

Managing Director Dale Bastin has led our Keylingo team in Colorado Springs, Colorado since 2011. Dale enjoyed a decorated career of leadership and service in the United States Air Force with deployments throughout Europe and the Middle East.

His partnership has played a vital role in consolidating Grease Monkey International’s retail growth in Mexico and China. Dale holds a BS in Natural Resource Management from Kansas State University and a MS in Agricultural Economics from Texas A&M University. Dale and his wife, Dagmar, enjoy life and the great outdoors with their three children.

Prior to joining Keylingo in 2011, Managing Director Richard Carroll worked as an operational manager and executive in the financial and energy sectors. His native leadership ability as a motivator and educator have been universally acclaimed by clients and team members alike. Richard earned a double BA from York University in Political Science and Mass Communications, and he lives in Toronto with his wife and two children.
contact

Managing Director Gus LaLone heads our team in Atlanta, Georgia. Prior to joining Keylingo in 2011, he garnered accolades as a Coordinating Producer at CNN/SI and as Managing Editor and Executive Producer at the Weather Channel. Gus leverages his proven editorial acumen for Keylingo's language services, and he holds a BA in English from Saint Lawrence University.

Prior to joining Keylingo in 2011, Managing Director Suzanne Lisanti thrived as a technical project manager for EDS Group and NCR Corporation. She now leads four Keylingo offices in Pittsburgh, Pennsylvania, Cincinnati, Ohio, Dallas, Texas, and San Francisco, California. Her team delivered a full website in ten languages for Certes Networks, a cybersecurity firm with offices in twelve countries. Suzanne earned a BA in English from the University of Florida and an MBA from Carnegie Mellon University. She and her husband, Michael, live in Pittsburgh, where they have three children and enjoy hosting exchange students.
contact

Prior to joining Keylingo in 2012, Managing Director Mike Parker led substantive initiatives from IBM’s early ATM development in the 1980s through Bombardier Aerospace’s explosive North American growth in the 1990s. His financial acumen and intuition are matched only by a relentless commitment to client success, and that same service orientation is a hallmark of Mike’s approach at Keylingo. He attended St. Andrew’s College and the University of Guelph and is fluent in French.
contact

Managing Director Dagmar EL. Stark-Bastin has led our Keylingo team in Colorado Springs, Colorado since 2011. A native of Germany, Dagmar speaks five languages and worked as a journalist, executive assistant and language instructor. She contributes to Sandler Training’s evolving success in 250 offices across six continents and twelve languages. Dagmar earned a BS in Business Management from the University of Maryland, a MA in Human Relations from the University of Oklahoma, and a PhD in Educational Leadership from the University of Phoenix. Dagmar and her husband, Dale, enjoy life and strong community involvement with their three children.

Prior to joining Keylingo in 2011, Managing Director Chad Richardson, worked at LW Stores, rising from Store Associate in 1996 to become Director of Information Systems in 2003. He was recognized for marrying solution-oriented management with relational leadership, which remains a hallmark of his professional demeanor. Chad earned a BS in Computer Information Systems from DeVry Institute of Technology in 1999.

Vice President of Sales and Service

Prior to joining Keylingo in 2011, Vice President of Sales and Service Wayne Watson enjoyed 15 years in operational leadership at the Canadian Broadcasting Corporation. He garnered wide respect rising from Production Coordinator to Business Manager for Design Services and finally to Client Service Manager for the Toronto Production Centre. Wayne applies that knowledge and experience in broadcast media to ensuring continued success for Keylingo's partners, including early education leader MIR Communications. Together with his wife and two daughters, Wayne is actively engaged with local community outreach in his native Toronto.

Managing Director Elisa Rivero has led our team in New York City, New York, since 2011. A native of Venezuela, she brings strong international experience in the petroleum and pharmaceutical sectors to her work with Keylingo. Elisa holds a BS in Chemical Engineering and a MS in Process Engineering from Universidad Metropolitana and a MBA from Babson College.

Prior to joining Keylingo in 2012, Managing Director Jim Dulin was an industry leader in banking and finance for twenty-five years with Wells Fargo. His team delivered a full website in nine languages, including multiple Chinese and Spanish dialects, for Dynacast, a global manufacturer headquartered in Charlotte with facilities in sixteen countries. Jim's extensive background in international markets and exceptional commitment to customer service are critical assets in service of our clients. He and his wife live in Charlotte North Carolina and have three grown children.
contact

We measure success in strength of relationship,
in trust earned over time, in mutual achievement.

We speak business. Yours.

The next big thing or last year's news?

At Keylingo, we stay a step ahead of the forecast to bring you our best service with ongoing research into industry, technology and cultural trends worldwide. 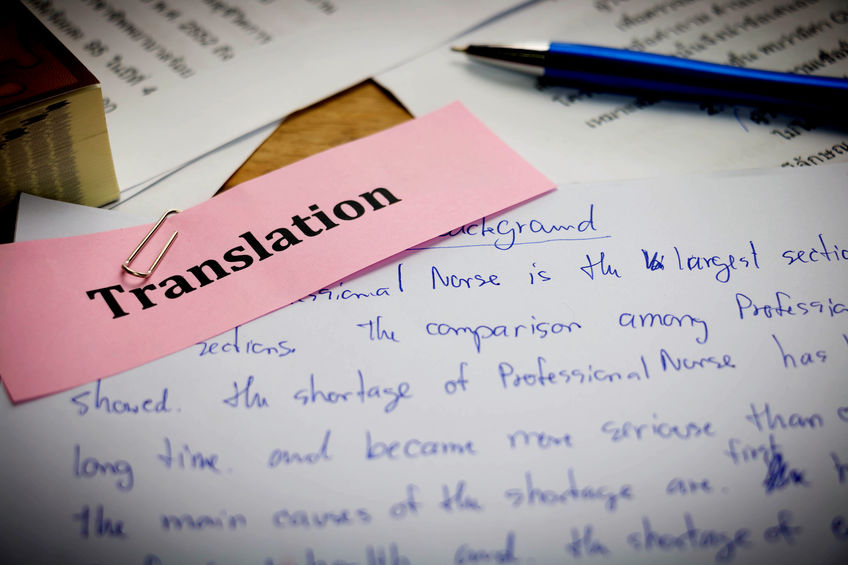 What Would It Be Like to Live in a World with No Translation Services?

March 15, 2021 When people think of translation, they usually think about a book they read which was originally written in a different language. […]

February 11, 2021 Translation is about more than just changing words from one language to another. Translation also involves ensuring that the original meaning […]

Your message, your world