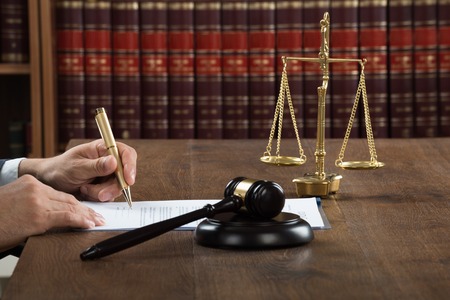 Exit vs Éxito – Why Accurate Legal Translation is Important

When it comes to legal documents, word choice matters. From business mergers to service contracts, the parties involved rely on the absolute power of written phrases to define their agreements, obligations, and protections. But what about when those parties speak two different languages? While most businesses are more than happy to translate legal documents for foreign associates, purchasing a direct translation program for this purpose is probably not enough. What may be clear legal meaning in one language can become a garbled mess if translated without preserving the intended meaning of each phrase.

Some sets of words are commonly mistranslated because they are spelled the same but have significantly different meanings and connotations.  These understandable mix-ups can have a catastrophic affect on legal documents. The English word “exit” (to depart), for instance, does not translate to the Spanish word “éxito” (success). Though they appear to be nearly identical, there is an enormous legal difference between an “Exit Strategy” and an “Estrategia de Éxito”. This is the sort of mistake that is easy to make, but is also easily avoided by professional translators.

The difference in syntax between one language and another can make legal translations tricky. Long, complex and deeply meaningful sentences must often be completely re-written to convey the same meaning in a new language. Word-equivalency must also be taken into account. Directly translating the word choice of one language into another may not effectively communicate the meaning of the document, as these equivalent words can serve different roles in their respective languages. It takes a fairly deep understanding of legalese in both languages to create a truly accurate and useful translated legal document.

Mistranslated documents cause more than just confusion. The consequences of functionally different translations can range from voided contracts to nasty lawsuits. Getting your legal and linguistic ducks in a row is a vital part of any multilingual legal venture.

KeyLingo specializes in professional business to business translations, so please contact us if you or your business could benefit from expertly translated legal documents now or some time in the future.