How to Avoid Embarrassing Translations by Considering False Friends and Slang 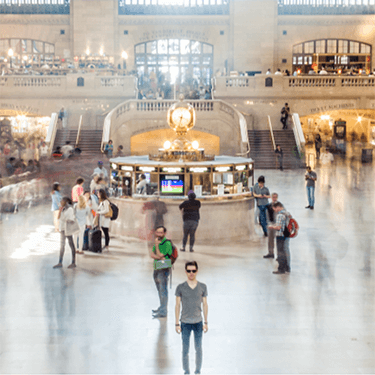 Unfortunately, there’s no way to learn how to translate well except by making mistakes.  Fortunately for us, however, the history of translation contains so many blunders that we don’t have to make them ourselves.  We can learn from the mistakes of others.  Some of the funniest and most well-known translation mistakes happen in the marketing and advertising field.  They become well known bloopers because a large number of people are exposed to them.  If you’d like to avoid this type of notorious publicity, you can do so with translation services that are aware of the need to study past translations and learn from them.

Everyone’s heard of Parker pens, especially if you sign your name with a fountain pen.  Of course, the disadvantage of carrying fountain pens is that they tend to leak.  Well, Parker Pens tried to reassure its Mexican customers that as far as their pens were concerned, “It won’t leak in your pocket and embarrass you.”  However, the Spanish word “embarazada” actually means “pregnant” and not “embarrassed.”  So what Mexican audiences heard was, “it won’t leak in your pocket and get you pregnant.”  We should hope not!  What we can learn from this is that it’s important to stay away from “false friends” or words that sound alike without meaning the same thing.

Electrolux is a Swedish brand which makes vacuums.  They advertized their product in the United States, saying “Nothing sucks like an Electrolux.”  If you’re American, then you probably understand why that’s not really saying something good about Electrolux vacuums.  If you’re not, then you might be interested in knowing that in the US, saying something “sucks” means that it’s repellent or disgusting.  Strong words for a vacuum cleaner!  What we can take away from this is that it’s really important to consider slang in the destination languages when making a translation.

The Coors beer slogan is “turn it loose” which, in English, can mean “don’t hold back” or “have a lot of fun.”  However, when this was translated into Spanish, it became “suffer from diarrhea.”  Obviously, no one wanted to turn loose the insides of their bowels!  So it probably came as no surprise that this slogan didn’t really work.  Once again, this example illustrates the importance of understanding slang, this time in the source language.  You can’t take the words in the source language literally and translate them into the destination language.  You have to consider what they mean when they are used colloquially.

Contact us for more ways to improve your translations by considering the history of translation.